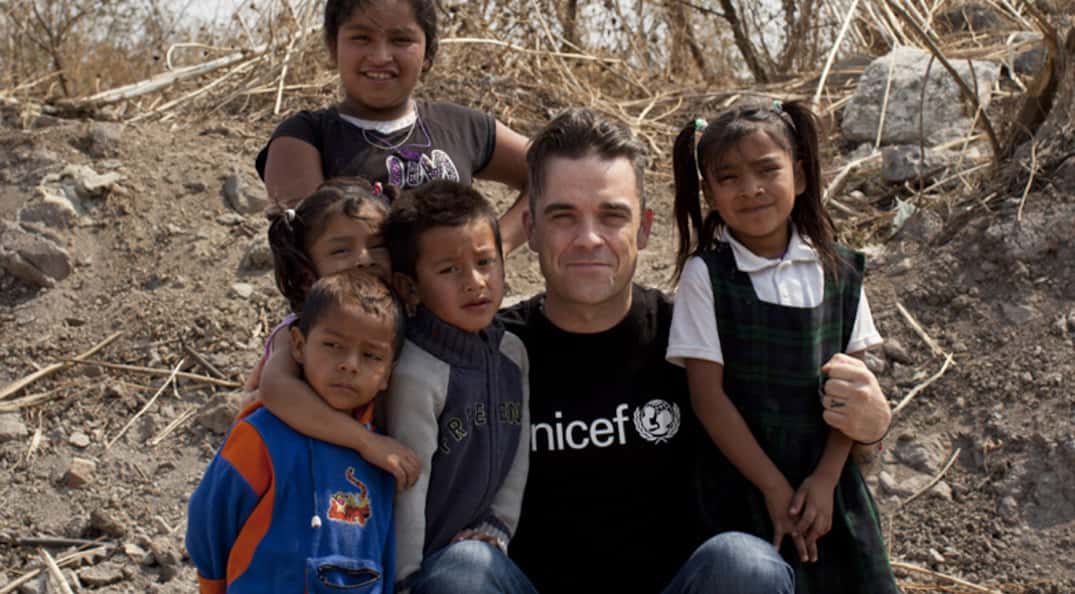 Robbie Williams is one of the many famous international stars who work as ambassadors for Unicef. Below you can read what Unicef ​​is all about and does for the rights of the child. Of course, you can also read below what Robbie is doing to support Unicef ​​as an ambassador. About Unicef UNICEF, the United Nations Children’s Rights Organization promotes the rights of all children worldwide. Unicef ​​reminds governments of their responsibilities and is also active.

Projects worldwide Unicef ​​has aid programs in around 155 countries, which are funded by donors. This concerns educational projects, basic care for mother and child, nutrition and water programs, and programs for children in need of protection, such as street children, HIV / AIDS patients, working children or children in war zones. Education When it comes to education, Unicef ​​wants to ensure that all girls go to school. Now millions of girls do not receive any education, with the result that they are less resilient, get married early and have children and cannot improve their living conditions. When girls go to school, it also affects the generations that come after them. After all, a mother who has had an education will encourage her children to go to school. healthcare In the area of ​​health care, protecting children against diseases is a priority. For example, countless children around the world die from measles, a disease that is easy to prevent.

Unicef ​​also promotes the elimination of polio and the prevention of malaria. Hundreds of thousands of children are regularly vaccinated through vaccination campaigns. In addition, they also receive vitamin A to prevent blindness. Protection Millions of children worldwide are the victims of exploitation and violence. The ‘protection’ theme is part of Unicef’s efforts to support and support AIDS orphans, child soldiers and victims of sexual exploitation and violence.

They receive psychological help, education and are reunited with their family as much as possible. HIV / AIDS HIV / AIDS is the scourge of this time. In the sub-Saharan African countries, AIDS has taken on the size of a pandemic. Children grow up without parents or are themselves infected with the HIV / AIDS virus. HIV / AIDS is also spreading in Asia. UNICEF is committed to helping children who are orphaned or infected with the virus and talks to governments about how to curb the spread of HIV / AIDS. Care for the very young Finally, Unicef ​​emphasizes the best possible start to life. Babies that receive good nutrition and are protected against diseases grow healthier. If they do not get that good care, the backlog that they are physically and mentally behind will never be made up.

That is why UNICEF encourages breastfeeding, malnourished children receive special food to strengthen and pregnant women and young mothers also get help so that their children can have a safe birth. Robbie Williams as ambassador Robbie has already visited various countries as ambassadors. These included projects in Mozambique, Sri Lanka, and Moscow. Robbie was very impressed after his visits: “One of the best moments of my life was spending my time with the children of Mozambique and Sri Lanka. During my last trip there I met so many children who gave me a reason to laugh. Now, through Unicef, I am able to give them a smile back “.

Robbie has also cooperated in a Unicef ​​campaign against the exploitation of children. He is presenting a three-minute film, “More precious than gold,” calling on the government to create legislation that provides special care and protection for victims of child trafficking. In the video, Robbie reads a poem by Simon Armitage, which describes the trade in young children. The film was played at every concert during his tour in 2003 and is also on the DVD “What we did last summer”. 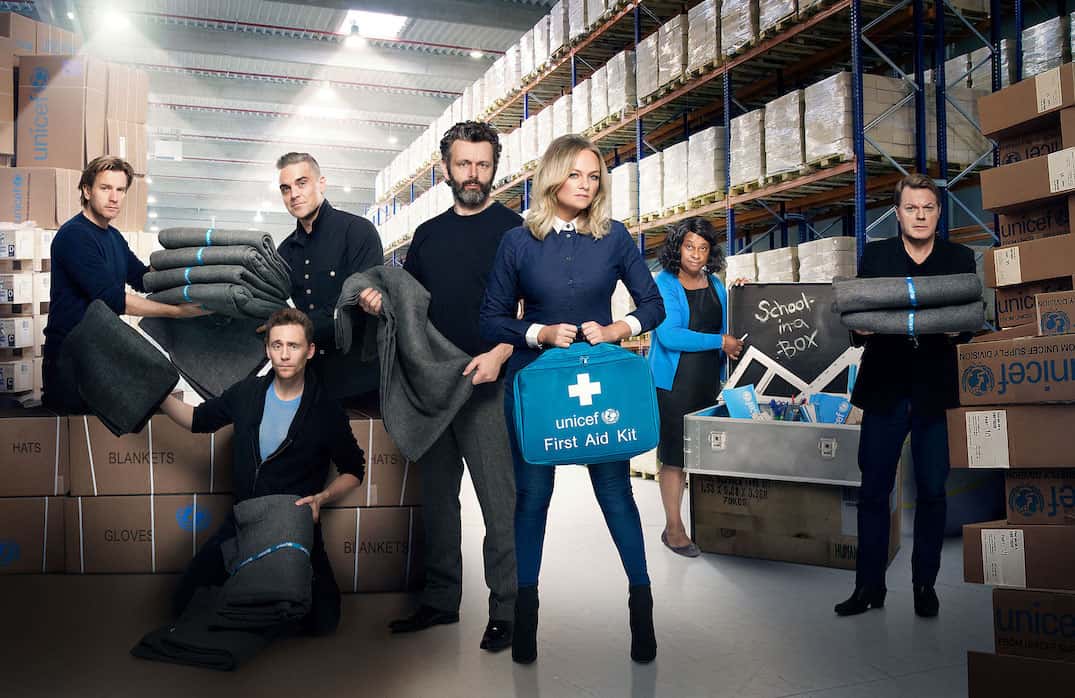